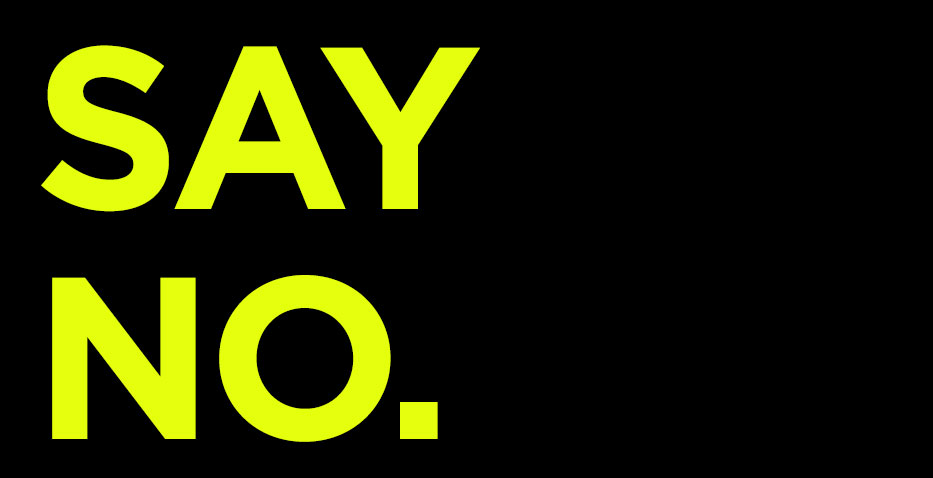 Why it’s not too hard to say no

Why am I so interested in advocating for alcohol reform? It stems from my childhood and the insecurity I felt when my parents drinking behaviours impacted on me. Often I was frightened. The occasional ‘good night out’ with kids in tow, the drive home at night, the arguing, and my parent’s ‘strange’ behaviour was, as a child, extremely unsettling.

Now I stress that my parents were not like this all the time, in fact they were probably similar to many parents I knew growing up.

My mother did end up becoming an alcoholic but has been dry for 21 years now. Good on her! My dad; well he still has what I perceive to be a drinking problem, but I won’t bore you with the tedious details. In short, I “loathe” what drinking does to families- it tears them apart.

I drank as a 15 year old teenager. In fact I was served so much alcohol at a country pub in South Australia that I couldn’t stand up (I now know what the term legless means). I had three blackouts that I can remember. One day I thought, ‘this is not for me’.

I have since become an Enrolled Nurse –proudly hospital trained in Alice Springs NT. I am a mum now to four children; three boys aged 21, 19 and 8, and a ten year old daughter. I am currently completing a Health Science – Health Promotion degree at Curtin University in WA. I often ask myself a question Paul Dillon raised at a recent talk I attended, “have I reached my full potential because of my earlier drinking?”

My views toward excessive alcohol use have evolved over the years. I am a passionate advocate of no underage drinking. This is a view I excelled at promoting at home (much to my 21 year old son’s occasional annoyance) but I can say I believe my children have listened and learnt, with just a few hiccups along the way.

I have been involved in two Leavers celebrations on Rottnest, yes, right in the thick of it, on boats. I witnessed the good and bad. I saw many gorgeous young people hanging out, wandering around, laughing and in general just being themselves. I also saw ugly scenes of intoxication and I felt sad, sorry and deeply concerned. Many of these kids were supplied alcohol by their parents or someone else’s parent.

The trouble is there are many parents who are not on my wavelength, who believe its ok to let kids drink (‘you won’t stop them, they’ll do it behind your back’ or ‘it’s just too hard to say NO’). Some even think its ok to introduce their own kids to alcohol in the hope it will promote healthy drinking habits. This has proven to not be the case with the French themselves imposing drinking reforms.

Some parents may have distorted views of their own drinking habits and are not aware of their influence upon their children. When our boys were in high school we struggled for support from many parents. We were worried about letting them go to gatherings in case they were supplied alcohol.

I have started a petition online to lobby Hon. Terry Waldron MLA, and the Department of Racing, Gaming and Liquor to bring in Secondary Supply Laws in WA as we have none and are not in line with most states of Australia. Secondary supply is defined as adults supplying alcohol to minors.

Please take the time to view my petition and to circulate to others.