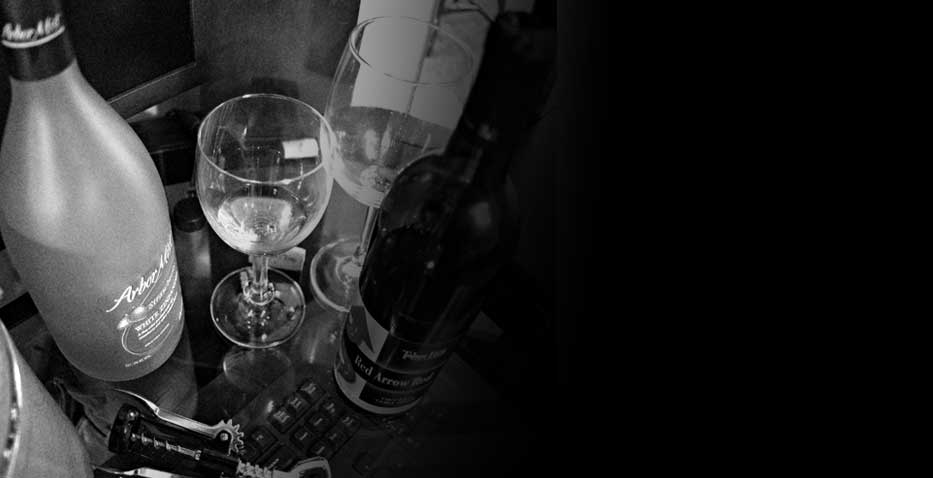 Learning on the job…my life and the booze

Journalism is like many professions that require razor-sharp instincts and reactions. When you are staring into a blank screen and have a deadline coming at you like a B-double truck down a hill, you can’t really afford to have your mind all fogged up.

Not so long ago, though, it was all part of the job; an accepted obstacle in a craft where heavy daily alcohol consumption was rife among the big names who filled newspaper columns and among the anonymous desk jockeys who edited those columns and wrote the headlines.

Almost every day of my life as a young journalist was spent either consuming alcohol or thinking about it, as it was for so many of my colleagues and drinking buddies.

I was a cadet reporter on the Melbourne Herald in the early 1970s. There were four editions each day. The first, the ‘City Extra’, had a deadline of 10.30 a.m. The moment you filed your copy for it, you headed for the pub across the road, The Phoenix, run by the football legend, Lou Richards. You returned to the office in time to update for the ‘Home Edition’ but were soon back there by mid- afternoon, and only went back to the office if there were adjustments required for the ‘Late Extra’ or ‘Final’ editions.

The phone in the corner of the top bar would always be busy, usually with a reporter making a call to a contact, filing a story, or making an excuse to the news editor or chief of staff for not returning to the office. Usually, the boss didn’t mind, though. One of my early editors used to always say he didn’t trust journalists who didn’t drink.

Journalism was a profession full of pickled people. I spent my days and nights learning about the craft, and life, from some great journalists who also happened to be alcoholics.

After the paper was ‘put to bed’ mid-afternoon at The Herald the serious drinking would start. It was a rare night that you left before 6 p.m., which effectively meant you had spent up to eight hours on the grog, in between writing or sub-editing stories.

I would sometimes accompany an older reporter to Flinders Street station on the way home. We would catch the same train on the Frankston line. But the trip was invariably stalled before it had begun – with a pit stop at Young and Jacksons, opposite the station, for a final drink. My friend would drink what he called a boilermaker, which, from memory, was a beer followed by a whisky.

There was another reporter in our group who was the butt of never-ending jokes about his vast capacity for beer. We would rave about his ‘style’ when downing a glass. Another friend would drinks pots of port. He was a hero. Indeed, they all were ‘legends’ until they died, most before reaching 50.

We learned not to worry too much about those kinds of things. Nothing was ever going to jolt us into facing harsh reality. You’d go to the funerals, and get plastered afterwards.

Once a reporter fell down the stairs at Lou’s and broke his arm. No-one paid too much notice. It was a standard occurrence. A famous columnist would tumble down those stairs once a week, manage a limp fall at the bottom, roll on to the pavement, and into the cab waiting for him as usual. We laughed and went back to our beers.

I was a 19-year-old police rounds cadet on the Herald when the Truth newspaper asked me to lunch at the Duke of Kent hotel in Latrobe Street in the CBD. The sports editor brought along another footy legend, Jack Dyer, who wrote for the paper. They wanted me to join the sports staff and offered me a B-grade.

For a cadet it was a huge jump in salary and a tempting offer. I also knew it was a retrograde step for someone who had dreams of much bigger assignments than the local footy scene for a bi-weekly of dodgy repute.

Still, I got so drunk at the lunch that I went back to the Herald office immediately, wrote out my resignation and dropped it into the editor’s office. He called me in the next day, waved my resignation at me and laughed off my drunken stupidity. I am eternally grateful to him, because a very fulfilling 40-year career might never have happened without his understanding.

Those were the formative days in a career that eventually was filled with some dream jobs, and huge challenges, most of which were met. Always, though, travelling with me and so many of my work-mates were the bouts of drunkenness and fits of remorse. A hard-drinking older journalist always told me not to worry too much, though. ‘When that little bugger Jackie Remorse comes along, kick him in the guts and go get a hair of the dog’, was his advice.

As we progressed we were always sober enough for long enough to do our job with a fair degree of professionalism. Yet there was no respite from the booze. It had infiltrated my daily routine and soon I was regularly doing battle with Jackie Remorse.

When I joined The Age in the late 1970s, it was accepted practice for the entire sports staff to rise from their desks at 6.30 pm and head to the Golden Age hotel, where dinner, beer and wine would be consumed over much hilarity. We would return after a couple of hours and do our best to get our stories written and subbed on time.

This happened until Neil Mitchell, now a radio broadcaster, took over as sports editor in the mid- 1980s, and had the temerity to ban his sports writers from going to the pub, until we had written our stories. It says much about the inextricable link between alcohol and journalism that we were all quite bemused, and miffed, at this new commandment.

There were always other ways and means to get a drink when needed. Each night at The Age a sub-editor would be assigned what was regarded by many as the most important task of the evening. He would buy several slabs of beer which would be wheeled on a trolley into the men’s toilets on the third floor of the Spencer Street office. Reporters and subs would gather there in between editions. Some called it the ‘bog bar’ and stories abounded of journalists – men and women — stumbling out of there at first light after another all-night session.

Nobody thought much about it. It was part of what we did. From top to bottom in the hierarchy, alcohol was a major player. Everyone knew about the senior executive whose drinking problems had led to serious car crashes.

Another senior editorial executive was forced to apologise for berating the football writers for a lack of imagination in their writing. In his note, which I kept, he explained that his behaviour had been caused by his ‘endemic megalomania and copious quantities of red wine consumed at lunch-time.’

None of this ever set off any alarm bells. We accepted it as the norm. We were living under the illusion that alcohol was a natural part of journalistic life and none of us, of course, were alcoholics. We just enjoyed ‘a drink’. It was your reward for breaking a big story or for a finely-crafted piece of writing. And, of course, if you didn’t drink you were ostracised and isolated. We knew people like that and they always seemed a bit strange. Just being around them made you think about your drinking habits. It was best to avoid them.

As the years rolled on, and you heard stories about the premature deaths of former drinking comrades, there was more pause for reflection than in our younger days, when it was always someone else with a grog issue. I began to wind back on these habits when I left full-time mainstream journalism in 2007 but, up until recently, I still drank to excess occasionally, a sure sign that, despite my illusions, alcohol and me have never been compatible and never will be.

Recently I indulged in an experiment. I decided to go ‘dry’ for a week while taking some medication and indulging in a fitness kick. Soon it became a month and then a year. I hadn’t gone so long without a drink since I was 17. I actually reached the point where I stopped thinking about it for the first time in more than forty years. I was proud of myself. I had wrestled down the bogy for a whole 12 months. I stood with my arm aloft, a winner.

It has taken me a long time to realise that my life would have been a lot less complicated without alcohol. I am 61 now and, although I now drink occasionally, I still feel as if I’m winning. I haven’t climbed the mountain yet. Maybe I never will. But I’m confident of one thing. Jackie Remorse has gone, and he’s not coming back.