It was billed as a chance to hear from the Australian Capital Territory (ACT)’s major parties and election candidate hopefuls, ahead of the October election. Those attending the Your health, your votes: ACT election forum would find out where candidates stood on preventive health and how they proposed tackling chronic disease.

Not surprisingly all 11 candidates, the seven officially on the bill and the four late program additions, all expressed a commitment to preventive health and an awareness of the problem. Disappointingly though, there was very little consensus as to how best to address what’s been described as the nation’s greatest health challenge, and no great appetite for evidence-based solutions.

Perhaps it was appropriate, ahead of an election that has been distilled to a choice between hospitals or trams and distinguished by the numbers of candidates in the race, that the forum was held in a function room only slightly wider than a train carriage and with an audience only marginally outnumbering the candidates themselves.

As one wag noted, if it was votes they were after, the candidates would have possibly been better served door-knocking for two hours.

Ably wrangling the candidates in the front of the room was Michael Moore, Public Health Association of Australia (PHAA) Chief Executive Officer, four-term former member of the Legislative Assembly, and former high school teacher. As facilitator of the forum Moore was equal parts Master of Ceremonies, defender of the Assembly Committee system, supporter of the ACT’s Hare-Clark electoral system, and last but not least, the evening’s educator-in-chief.

The seven candidates on the main bill were asked to respond to five questions in their opening address: The Canberra Liberal MLA Vicki Dunne was first to spruik her party’s credentials, her leader’s absence notwithstanding, “It is not a cliché to say that we in the Canberra Liberals consider health to be our top priority for this election. It is the foundation of our election campaign and the basis on which we have made substantial commitments”. The Liberals support the idea of a Preventive Health Strategy, and while recognising the risks from alcohol, tobacco and physical inactivity, do not see themselves as a “party of banners” – with education and “healthy alternatives” the Canberra Liberals preferred solution. 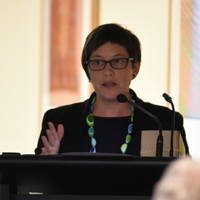 Better news from the ACT Greens candidate Indra Esguerra. She said the Greens are happy to look at extending the ban on the promotion of unhealthy food and drink that currently applies to buses to other ACT Government property, and that they would commit half a million dollars for the establishment of a FASD clinic from July 2018. 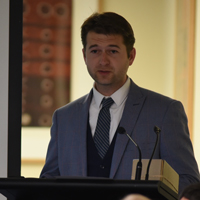 Australian Sex Party candidate Steven Bailey summed up his party’s position thus, “We’ll work with government to incentivise people, not punish them… and let people live their lives warts and all”. 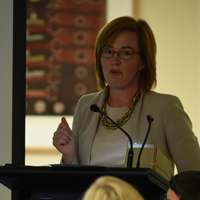 Meegan Fitzharris, Labor MLA and current Assistant Minister for Health, said prevention was one of five key pillars in ACT Labor’s ten-year plan for health. She noted that Labor would appoint a preventative health coordinator, and focus heavily on gathering high quality data to inform a preventive health strategy. 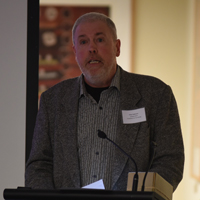 Peter Robinson, Independent candidate for the seat of Kurrajong, was very open about his lack of political experience and said any government he was part of should respond to reason and evidence. Quoting the Spice Girls, he added that, “What I want, what I really, really want is to be Chief Minister”. Peter was not a fan of banning with comments such as, “you want to prevent, to educate but not force” and “to make a feel good statement about smoking rates is unnecessary. No one is barracking for lung cancer”. On walking and cycling he was keen to “double down” and promote Canberra as a premier hub with luxury nature tours for the very rich and economy tours for the very poor, and “encourage exercise whenever and wherever you are”. Leigh Watson, Independent candidate for Ginninderra, believes affordable housing is the key to better health outcomes in the ACT, “to be adequately housed is a major determinate to social inclusion, good health, and wellbeing. Without proper housing it’s virtually impossible to sustain the activities that make us functioning and happy humans contributing to our communities and enjoying what life has to offer”. Martin Tye, Sustainable Australia candidate for Ginninderra, said his party has a strong commitment to better health for all Australians. Calling for “better, not bigger” and colourfully describing Canberra as a “giant ponzi scheme”, Martin said his party supported a ban on junk food advertising, a sugar tax, and affordable access to primary healthcare.

Education, of a better quality and increased quantity, seemed to be the catchcry of the evening, put forth as a solution to minimise gambling, alcohol, and drug harm. For instance, Peter Robinson said, “We have plenty of advertising on the wonders of alcohol and the wonders of gambling. We need more positive propaganda about the terrible affect these things can have”.

In response, Michael Moore was keen to stress that, “Every time we do public education, we are competing against an industry that spends millions and millions of dollars. The alternative we have… is to restrict industry marketing. That’s a public health perspective on creating a level playing field”.

Michael didn’t insert himself forcefully into the debate with great frequency, but often enough to demonstrate that the forum’s value was as much about educating and informing our future assembly members as it was about hearing from them.

With only nine days remaining until Canberrans head to the polls, we’ll soon see which political candidate will be given an opportunity to put this valuable advice into practice.